Small Clarification regarding ML Projects - Scaling before or after the Train-Test Data Split?

Need clarification regarding some steps:

Want to know which one is appropriate? & Why so???

a) After Train-Test Split, Scaling of Response /Independent variables is done as shown below: 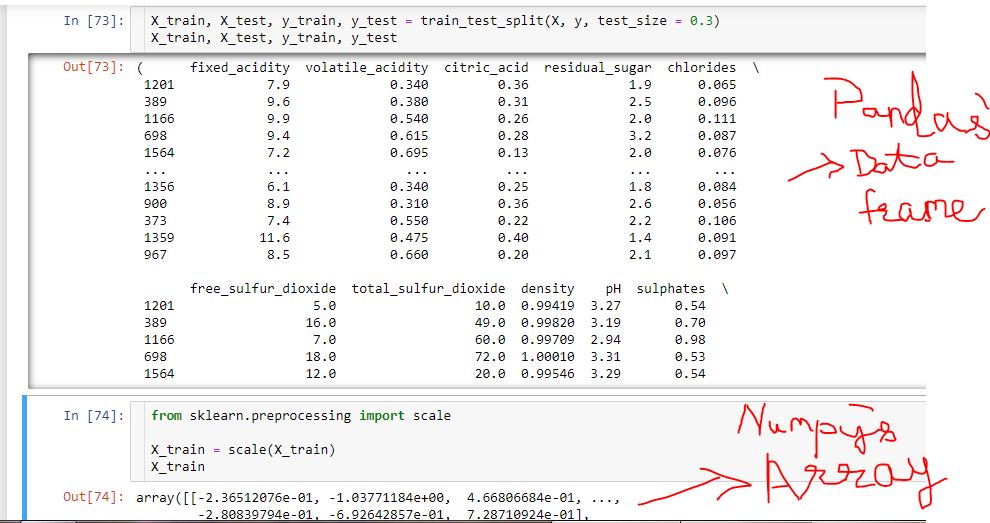 But in the aforesaid/above screenshot , a Numpy Dataframe is getting converted to a Numpy Array by invoking Scaling.

b) In the given screenshot, Scaling is done before Train-Test Split as follows—

But as seen in the aforesaid case, there is no effect of Scaling seen in dataset X (i.e. Independent Variables).

c) Again this is similar to point a as stated above. Scaling is done after the Splitting of Train-Test Set. 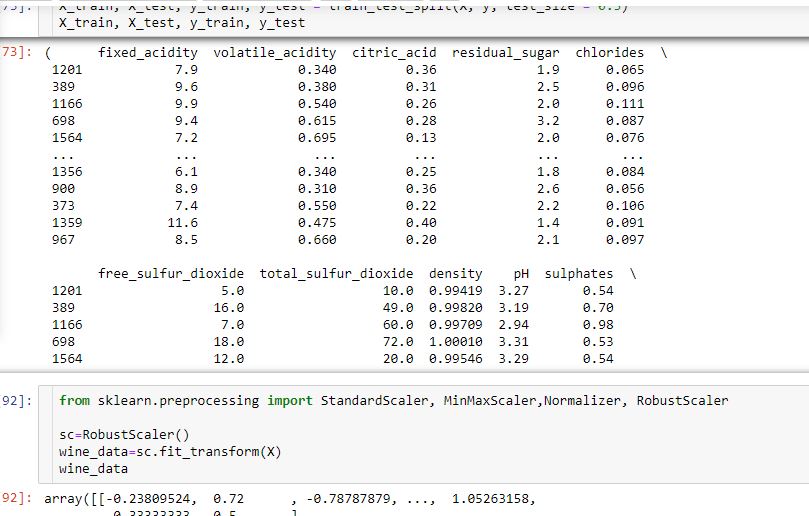 But again the dataset which is imported as a Dataframe is getting converted into a Array.

Hope I do get a reply and doubts resolved for this ASAP—as I don’t get much time to spare during the weekdays as I’m a working professional.

Most of the functions of sklearn usually accept both Dataframe as well as NumPy arrays.

Good point worth noting. Noted the link that has been shared and is definitely informative. Appreciate Sandeep for doing the needful!!!