HI, Team
kindly help me out with this Questions

In Python we can use several string operations like concatenations. Two strings can be simply concatenated using the “+” operator. For eg. to concatenate the strings “football” and “basketball” and assign it to a new variable games run games = "football" + "basketball"

Using String Operations concatenate the values of the variable first and second and store the result in variable called final .

I have rechecked this code, It worked for me.
Kindly check one more time and it won’t work out, please send me a screenshots for the same. 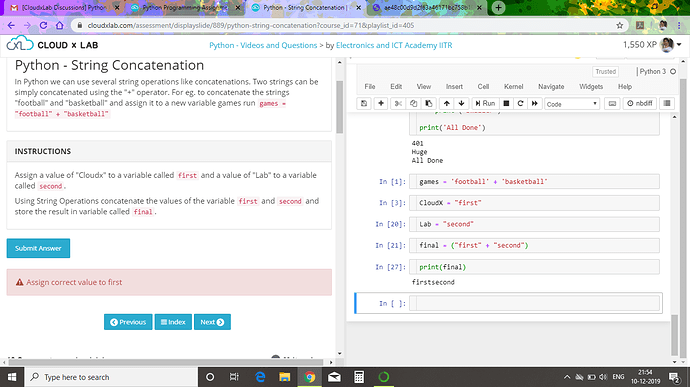 I have seen your screenshots, I appreciate your efforts.
I recommend you to kindly check the instructions of the questions.
You will be able to do it.