Hi,
I am stuck at Question 40 of Linux Basics. Details of the Question is as below:
Permission: Assignment - Only Group Members can read

INSTRUCTIONS
Using chmod , give permissions to myemptyfile such that the owner of a file should be able to read and modify, members of groups can only read, others can read or modify.

Actually as per the above mentioned deatils of the problem, I need to give permissions to myemptyfile such that the owner of a file should be able to read and modify, members of groups can only read, others can’t read or modify. using chmod command. I need not to create a new file myemptyfile using touch command as already created.

I deleted the file myemptyfile and created a new one again, and given permissions accordingly but still it is not accpeting the answer. I checked the Hint, which deducted 10XP and then I finally checked the answer for cost of 50XP. Just to check wheter It is accepting the given answer, I copied the command and pasted it in the webconsole, the command ran successfully and the output was same as which I got earlier.
Then I tried to submit the answer, but again it showed error on the page and not allowing to submit it as not accepting the answer. screenshot is attached with this email 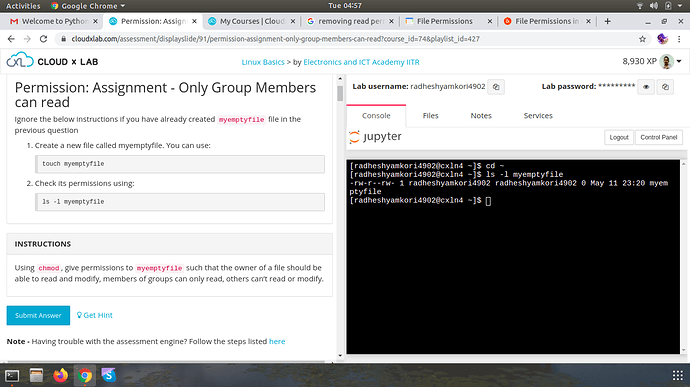 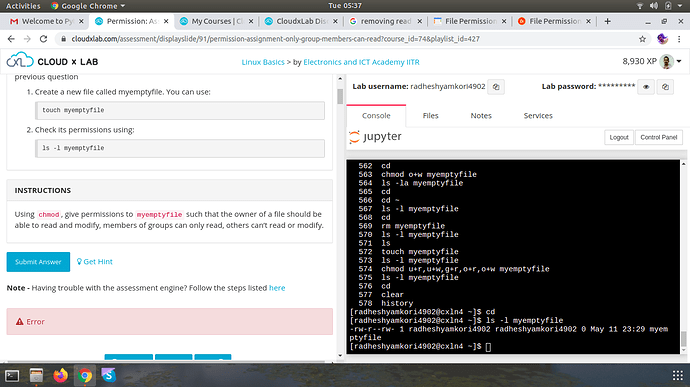 Please reply what can be done in this case as its not allowing me to complete this Question 40 of linux basics.

The question asks to give permission so that others should not be able to read or modify. Could you please give permissions accordingly. Also please feel free to take inspiration from hint and see answer

Hi Abhinav,
Thanks for your reply. Sorry it was my mistake, I didn’t read and understand the problem completely, as I emphasized more on the
"modify, members of groups can only read,
due to which I missed the "can’t " in below pharse
"others can’t read or modify."

Thanks, for your reply, which made me to relook the problem and find the error I have made.

I have run the correct command and now I am able to submit the Problem no 40 of Linux Basics successfully. 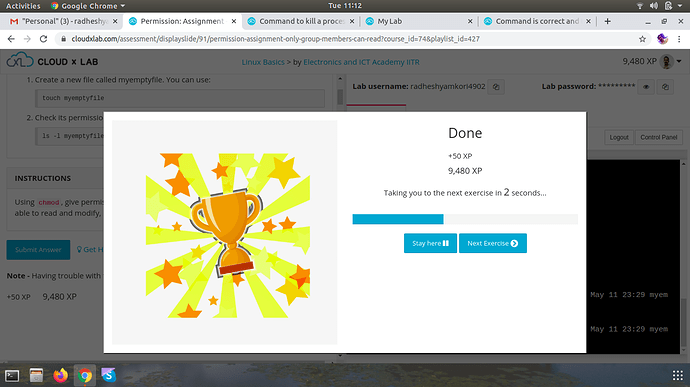